Skip to content
Organizers of the first Red River Valley Stick Spiel have concluded that four of the five objectives set for the event were met by the time Warren Johnson & Dan McDonald won the final game, November 13, over Ken & Shirley Strand.

The event provided a competitive opportunity for Manitoba stick curlers (objective #1). An entry of 21 teams playing a 6-game round robin in pools of seven teams featured most of the top bonspielling teams in the Manitoba 2-person stick curling world along with the special treat of having the Canadian finalist Darren & Darrel Beach team from Regina attend the event.

The event featured competitive level 2-person stick curling in a new showcase venue and encouraged new bonspiel participation (objective #2), including expanding the number of teams participating in Manitoba bonspiels. Curl Morris, a fully accessible 6-sheet facility 25 minutes south of Winnipeg, has a social 2-person stick league and bonspiels but on this occasion four teams took part representing the local club and there were several new bonspiel teams. In all, teams from three WInnipeg clubs and eight rural Manitoba clubs took part, along with the Regina team.

The event demonstrated the full extent of 2-person curling’s richly deserved reputation as a sport which is among the most inclusive in the sports world (objective #3). The presence of a wheelchair team (Canadian para-world competitor Jamie Anseeuw & Mark Wherrett) among 11 two-man, two two-women, and eight mixed teams of a wide range of ages accomplished that objective.

The event elevated the prize payout available in a Manitoba 2-person stick bonspiel (objective #4). Champions Warren Johnson & Dan McDonald, of Winnipeg’s St. Vital club, took home a prize package that included a $400 cheque and a paid entry in the Manitoba Open Championship in Morris in February.

Where the event fell short of objective was its desire to include an international element. The committee will continue to work at including competitors from the United States in future events.

On the ice, two teams which are relative newcomers to 2-person stick bonspielling reached the event semi-finals. Greg & Mike Harding (Springfield), after losing the semi-final to Johnson & McDonald, won the third place game over Chris & Lorne Hamblin (Morris). The Hamblins had lost their semifinal to Ken & Shirley Strand. 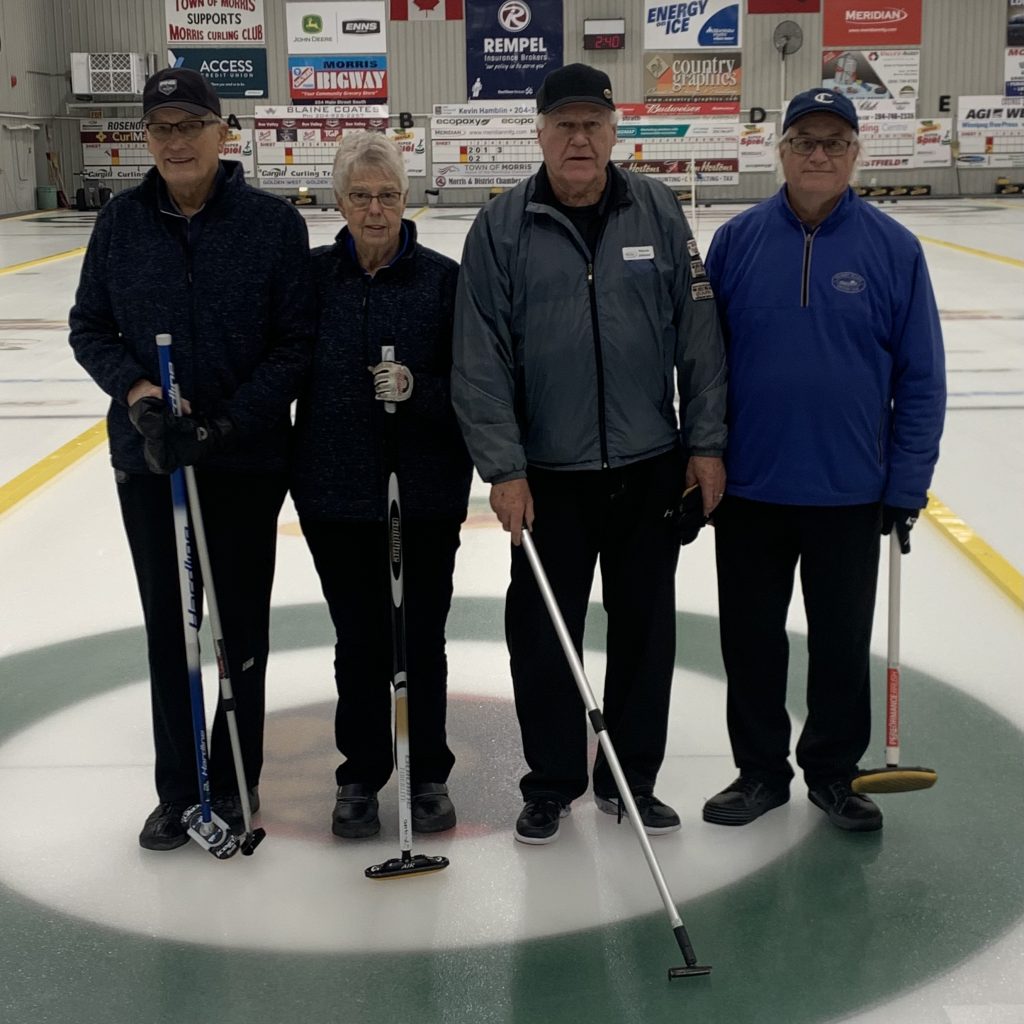 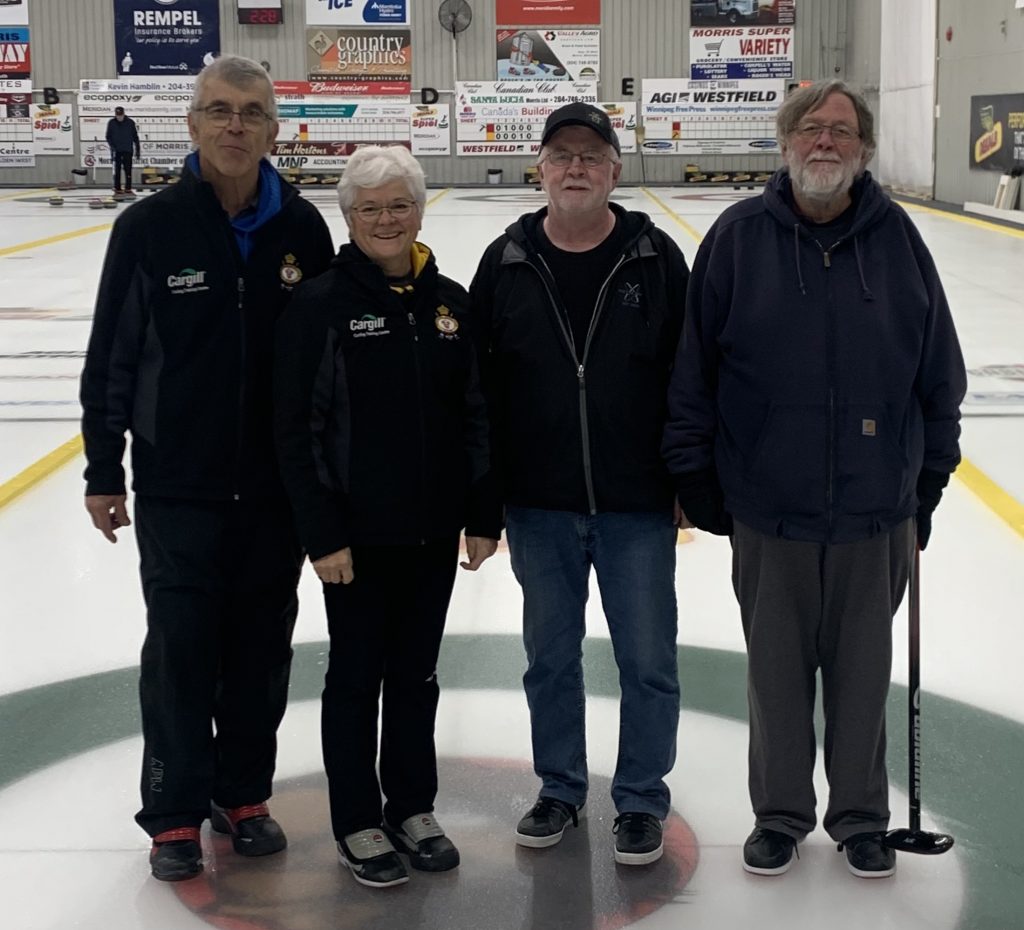 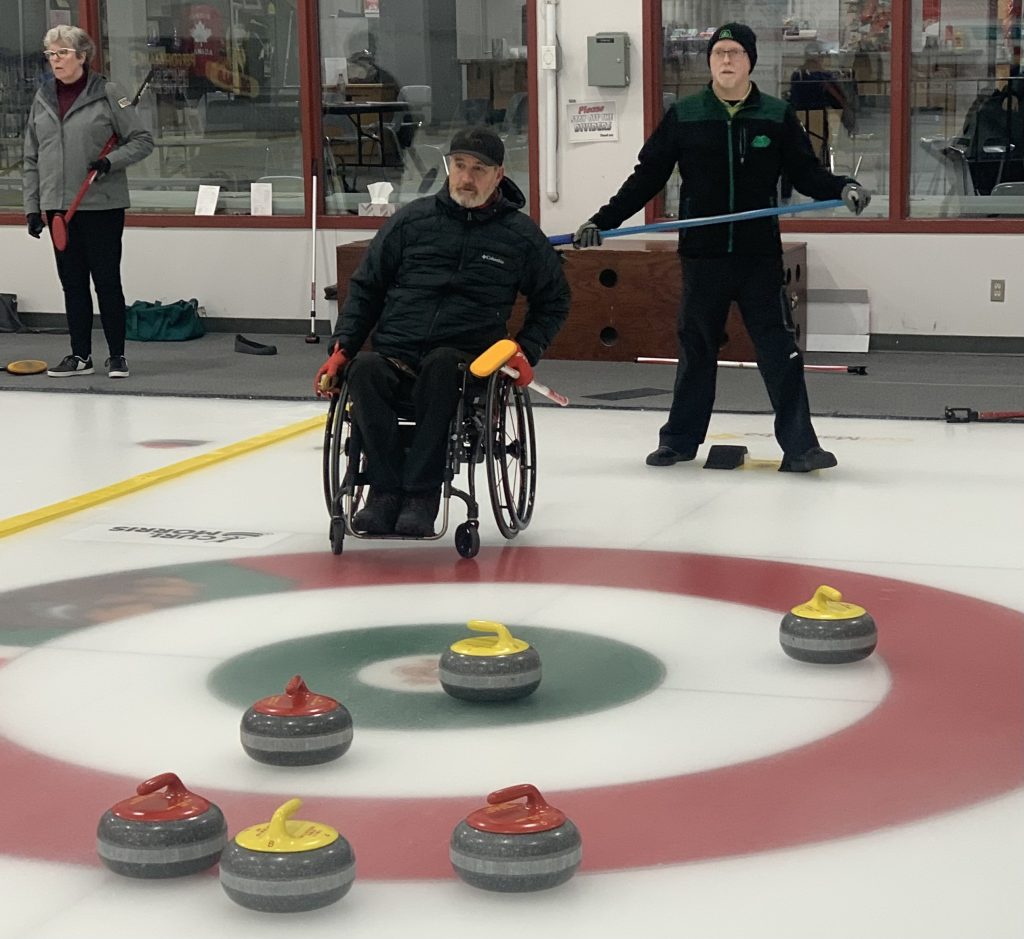 Thanks for uploading the file.